WHY TEA IS SO HEALTHY? 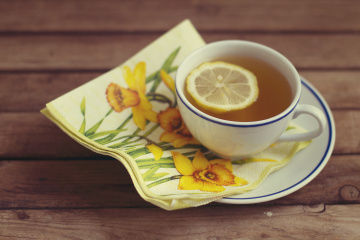 Put down those saucer cups and get chugging — tea is officially awesome for your health. But before loading up on Red Zinger, make sure that your “tea” is actually tea. Real tea is derived from a particular plant (Camellia sinensis) and includes only four varieties: green, black, white, and oolong. Anything else (like herbal “tea”) is an infusion of a different plant and isn’t technically tea.

But what real tea lacks in variety, it makes up for with some serious health benefits. Researchers attribute tea’s health properties to polyphenols (a type of antioxidant) and phytochemicals. Though most studies have focused on the better-known green and black teas, white and oolong also bring benefits to the table. Read on to find out why coffee’s little cousin rocks your health.

Though most research on tea is highly positive, it’s not all definitive — so keep these caveats in mind before stocking up on gallons of the stuff:

The takeaway: at the very least, tea should be safe to consume — just not in excessive amounts. So brew up a batch of the good stuff — hot or cold — and enjoy.

Do you drink tea regularly? Have you noticed any health benefits? Let us know in the comments below!